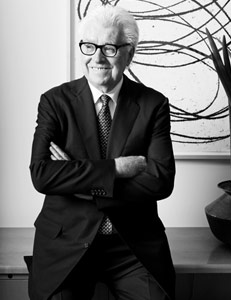 Prior to the formation of The O’Donnell Group, John worked with Coldwell Banker for ten years as a broker and sales manager.

John had an undergraduate from the University of Southern California.

He was a lifetime trustee of the Urban Land Institute (ULI).

Most recently, he won the Lifetime Achievement Award from the graduate school of Real Estate at UCI.